Free press. The Fourth Estate. The Voice of the People. The Watchful Eye. The Preserver of Democracy. When it comes to what the power of the press is in Our society, the ideal is clear: it holds the power of government in check.

Somehow, for local rag El Vocero, that phrase became "It gets checks from government powers."

El Vocero is a """newspaper""" that was launched in the 1970s as the then-most extreme example of "populist" press, often equated with yellow journalism. Featuring graphic photos of dead bodies on the front page and several more in its interior pages, El Vocero was often described as "dripping blood if you squeezed it." For years, it kept its reputation as a blood-rag and in that interim, it became the highest-selling Puerto Rican paper in New York.

In the 1990s, local """newspaper""" mogul, the Ferré-Rangel cartel, owners of El Nuevo Día, launched a "lighter" """newspaper", Primera Hora. (A "lighter" version of El Nuevo Día would be like finding a lighter version of a fart.) Aimed at a younger crowd and focused on "don't read," Primera Hora started to erode El Vocero's local advertising base. That along with undue and unethical pressure in ad agencies by the Ferré-Rangel cartel practically killed El Vocero, who tried to erase its bloody image and become a newspaper, for once. 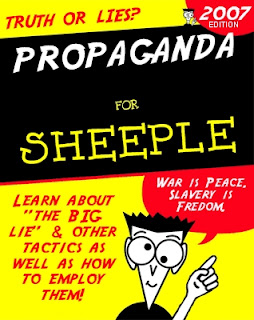 For a time, they succeeded. For a time.

As the economy worsened and the Ferré-Rangel cartel played faster and looser with circulation numbers, sales data and ethical breaches, topped by a strike that further gutted the rag, El Vocero ended up being printed on shitty leftover El Nuevo Día paper and on their presses.

With the comatose state of The San Juan Star, the only English-language daily, the """newspaper""" field in Puerto Rico was reduced to El Nuevo Día and Primera Hora, two sides of the same turd. And Primera Hora was gutted of its senior (read: higher salaried) journalists in order to pump up the chance of selling the Ferré-Rangel puppy trainers to a Chilean company.

What happens when El Vocero, the erstwhile blood-red rag, reappears as a daily, with a suspiciously blue tinge...given away FREE...and all of that based on having received some $20 million in government contracts, incentives and advertising?

El Vocero had a $14.5 million debt with the local government, now run by a (non)administration leaking blood like a late-stage Ebola patient. So in the kind of illegal legerdemain that makes the statehood blue the color of theft, the suddenly 5 new companies that broke off from the original El Vocero rathole are now swimming in money...that comes from Our taxes.

In short, El Vocero was rolled up and jammed into a bleeding hole to try to stop the hemorrhaging of a failed (non)administration. What was once a bloody rag is now a bloody tampon.

Speaking of which, the president of this new conglomerate for theft is one Peter W. Miller, who is an attorney/consultant and under contract as an advisor to senate president Thomas "Mad Dog" Rivera. Bloody hell.

Furthermore, the illegally-fired workers from the strike have yet to be paid their Court-sentenced salaries and benefits. Apparently the 1-to-6 move-to-loot-Our-taxes is being used to also avoid paying what the workers earned twice over.

And this, sad to say, is business as usual on My Island. A theft-crazed political party uses tax monies to crap out a sweetheart deal for a political crony, then uses that property--which should be a bastion of Truth--to spew rot like some sort of overflowing, over-pressurized sewage system. And if in the process these thieves, these disgusting vermin, can also screw workers from their earned pay, well that's just even better.

A word to El Vocero: tampons are not permanent. You will be discarded, rightly, and with extreme distaste. As for Peter: you are one, small and crabbed. And to the pus-infested seepage called the statehood party: gangrene stinks. The only cure at that point is amputation, fire...or death.


[Update: 2 Oct 2012: As a new free daily paper hits Our streets, here's a look at the "splash webpage" of El Vocero, clearly defining what its true agenda is. You don't have to be up on all Our political nuances to see the crock of bullshit for what it is. And for those of you who told Me I was attacking statehooders and El Vocero because I'm biased, bite Me.]

[Update: 19 Oct 2012: San Juan Mayor Jorge "Sniffy" Santini, is linked to a scheme of pardoning tax debts for Caribbean International News Corporation--"owners" of El Vocero--in exchange for ad space. Our tax dollars tossed away for Sniffy's ad space...and maybe a little nose party for the, you know, down times.]

You know what realy makes me mad about El Vocero? That people still consider it a newspaper.

I was wondering if the move to give it for free is aimed at making Primera Hora go bankrupt and hurting El Nuevo Día's finances. Mad Dog Schatz has those guys n his cross hairs.

Prometeo, I'm with you on this one. I don't think ANY newspaper here is worthy of the name, seeing as how their personal/financial interests are often the compass, not integrity.

As for killing off "Primera Hora," the Ferré-Rangel cartel have been desperately trying to shore up END and PH to be able to complete a sale, but the numbers (even rigged as they are) don't make it possible. If the Mad Dog wants to kill PH and hurt the cartel, I can't criticize that because I've wanted to do the same and tried to in the recent past. The difference is that I tried to do it with a legitimate business development and Mad Dog does it with tax dollars and massive fraud.

The end does not justify the means, a moral lesson Mad Dog and his verminous ilk have never learned, or even heard of.