Burning Our Trash & Our Cash

Energy Answers, a company seeking to build a waste-to-energy plant in Arecibo, has just been handed a sweetheart deal that involves Our taxes, Our power bills and the verb "fornicate" in ample measures.

I won't belabor the point; the facts speak for themselves. Energy Answers gets to build its plant and the 30-year contract specifies that:

1) The government is obligated to provide Energy Answers enough garbage to be profitable. Now, sure, Our government (and Our society) produces enough garbage to sink an Island, but "obligated"? When the State serves the Corporation, it is Fascism. And no, the article doesn't state that the amount of trash ensures profitability, but do you think Energy Answers would ask for anything less? Unlike Our government, they are greedy, but not stupid.

2)  Energy Answers will raise electrical rates by 8-20% over current rates. Now, the fact is, Energy Answers may raise the rates, but the real power--pun intended--to do this rests with the Puerto Rico Electrical Power Authority, THIEF. They have a complete monopoly over the transmission of electricity over the established infrastructure, so if anyone is going to raise the rates, it will be THIEF.

Disclosure: I worked a waste-to-energy project earlier this year with a Texas-based company. Their contract with THIEF specified selling the electricity at 15 cents a kWh, where THIEF would then sell it at 26-29 cents. I doubt Energy Answers is getting more than 19 cents and thus there is NO REASON for THIEF to raise its rates. None except that they are a monopoly, are going broke and the dealmakers with Energy Answers are cackling thieves on their way out to live off Our dollars.

3) If a municipality doesn't pay its power usage, Energy Answers can obligate the government to collect the payment from the municipality itself or its residents. When the State serves as bill collector for the Corporation, there is only ONE word for that: Fascism.

4) Energy Answers can raise its rates by 2.5% yearly and the government can only stop the rate increase if it is deemed "highly unreasonable." Whatever the fuck that means. Remember, the power authority is a government-owned utility, a de facto monopoly. When the State hands over control of tis resources to the Corporation, that is Fascism.

5) The Environmental Quality Board, Our local "protection agency" that is neither environmental, nor quality nor even a board, is forcing municipalities to close their waste landfills ahead of schedule and blocking any effort to extend their use, even when such extensions are completely legal. Why? Because extending the use of landfills reduces the amount of trash that can be funneled to Energy Answers. When the State becomes the legal violator in favor of the Corporation, that is Fascism.

6) In fact, the contract has Our government serving as guarantor for Energy Answers' financing of the plant, to the tune of no less than $500 million.

And here's the kicker: the deal was put together by one Jorge San Miguel, party platform director in 2008 and 2012 for...the statehood party...currently gutting Our government.

But Let's not forget that Energy Answers is not stupid. They wangled some support from the other side as well, as their Communications Director is one José Julio Aparicio, internal auditor of the commonwealth party. There's enough thieving for everyone to join the pillaging!

We do have a trash problem in Puerto Rico. There's hardly any more space to dump it in. Our electrical grid is barely competent enough to hold its own and can't help Us grow as it should. Yes, these are all problems.

These problems cannot be allowed to be """solved""" by forcing Us, the taxpayers and consumers, to pay for the financing, pay for the trash hauling minimum, pay the increased rates, pay for municipalities' non-payments, pay for illegally blocking other solutions and pay for the reckless looting of Our pockets by vermin whose total value is less than that of a cockroach's fetid fart. 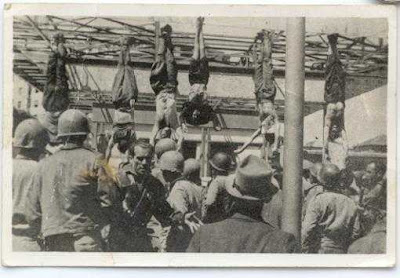 People, I keep telling you: The only way to put an end to this is either with ballots or with bullets. A rabid predator is a savage beast who can only grasp one concept in its disease-addled brain: pain means death.

Unless We hurt these beasts--hurt them badly, even fatally--they will continue to rape Our pockets, Our present and Our future.

They are burning Our trash and Our cash. It is way past time We burn them. To ash.