Government Against The People

From the usually useless local stink tank """Center for the New Economy,""" a frequent shill for established interests in all their old forms, comes their Budget Analysis for 2012-2013.  Two charts from said Budget Analysis stand out, and represent in a nutshell how Our government has visibly, existentially and operationally turned against Us.

Here's the first chart, indicating the percentage of federal funds that prop up this vermin horde slash zombie necropolis We call Our government: 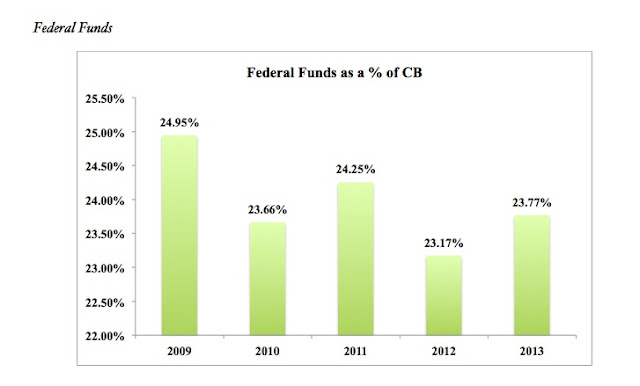 Thanks to the purposeful use of a slanted scale, it seems that Our federal funding has varied greatly since 2009. Pifflegab. The low was 23.17%, the high 24.95%, a difference of 1.78%. The average over the 5-year period was 23.96%. Trace a mental line just barely beneath 24.00% and you'll see how stable that funding has truly been, remembering that 2009 was an odd year for that was skewed somewhat by Obama's American Recovery (ARRA) funding program. 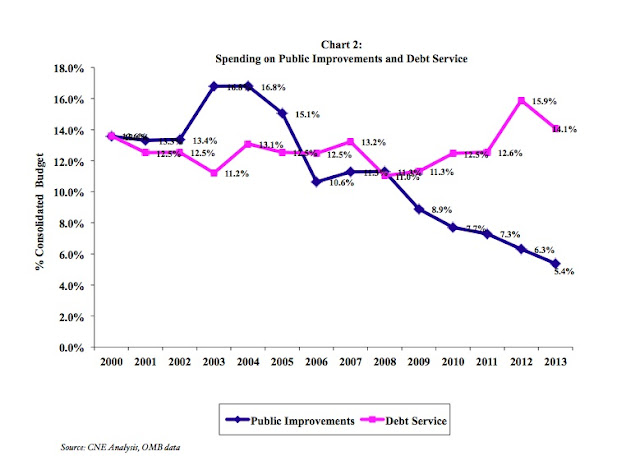 Yes, soak it in. See how the pink line has trended upward, but never below 11.2%? And you obviously see how the purple line, starting at 14% (just like the debt line) took a dramatic turn upward to 16.8%, and since then has nose-dived like a lead balloon?

Oh, and statehooders? The high mark on this chart for public investment came during Sila "Quitter" Calderón's (fake)administration, while the hideous and continuous drop from 8.9% to 5.4% is all under The Larva. Thought you needed to have that pointed out to y'all.

Now why is this significant? Because given that the budget and federal funds have remained roughly the same, the drop in public improvements is due to 3 undeniable factors:

1) Choice: The Larva and his parasitic fecal-filled horde have chosen to eschew investment in Our public infrastructure. Think water systems, roads, power plants and the myriad things We bitch about that don't work or are shoddy beyond contempt.

2) Debt creation: The pursuit of loot has made even lip service to "the public good" a waste of thieving time. And We get saddled with the "pay the piper" onus every time, because...

3) We've abdicated Our responsibility to chastise and punish the vermin.


Look at that second chart again. The Thieves are covering their tracks with Our taxes to the tune of about $2.61 for every dollar they spend on doing their jobs. And even that is being exploited and pilfered and stolen and fraudulently mishandled.

Ballots, people. We can use ballots to stop these people.

But I'm sure We won't. So in the end, it will have to be done with bullets.