Keep Calm, 'Cause It's My Birthday!

Once again it's that tiME of the year when people coME together to celebrate in brotherhood and share good will with all of Me. 'Cause Let's be clear, it's all about Me. 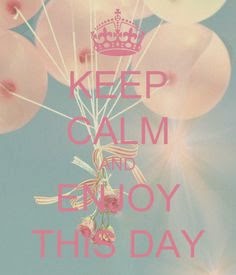 That's why I registered with about 65 websites that have automatic birthday MEssages. Fills My Inbox with birthday cheer like an avalanche of candy makes Halloween. All those MEssages simply reinforce the notion that, hey, the focus is on Me. And no, I don't read any of the other crap they send Me the rest of the year.

Now unlike most of you, I don't limit My Birthday celebration to such a blink-of-tiME as a MEre "day." Nuh-uh. I crank up the celebrating in early December and let it build moMEntum with judicious prodding in February, April, June and August. It then hits high gear in September and takes off as "Birthday Bash" mode after Mrs. Jenius ignores hers on October 13th. So yeah, it's a big deal, year-round.

I tell strangers when My Birthday is. Makes them pause, and about half smile. That's okay: the half that doesn't smile isn't invited to the wrap party in July. Their loss.

I've gotten free stuff by wearing My "Birthday Boy" blue ribbon, mostly coffee. Best part: even when I 'fess up and say it isn't My Birthday, most of the time I still get free coffee. I say it's 'cause the party is hearty, but Mrs. Jenius says it's 'cause people want to get rid of weirdos quietly. Huh. 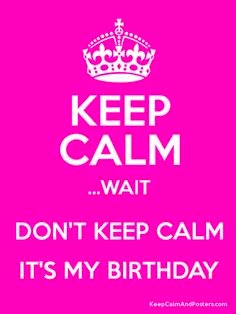 As for why the "Keep Calm" part, it ain't about the posters, despite the scattered evidence here. It's more about My Attitude over the past few months. If I were to give it a recipe I'd say it's 2 parts frustration, 3 parts disgust, one part concern, 3 parts anger and one part hope. And that's the problem right there, Kemosabe: just one part hope. Used to be more. Ain't that much now.

At times I focus on the "one part concern," 'cause it isn't indifference. If it were, We wouldn't be having this discussion and I could spend more tiME yakking about My Birthday proper. But the feeling remains, and though feelings are not facts, feelings are real and reality in My Mind is that My Island is in danger.

But hey! It's My Birthday, as you may have noticed, and what's the point of partying if We're going to harsh buzzes with reality! Forget about that! Let's! Party!

And yet... I have to remind Myself to stay the course, to keep looking for the bright side. Used to be automatic; it isn't now. 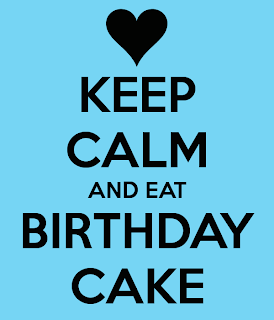 I catch Myself shrugging at things that used to cause outrage. I then kick the outrage lever to make sure I don't fall into indifference. Used to be automatic.

'Cause I've lived in 20+ places in My Life, I don't attach too much MEaning to any one of them. Except My Island. Until I wrote that, I hadn't realized that to feel the same way took an effort. Used to be...you know.

So yeah, it's My Birthday! Capitalized like every holiday should, except for Arbor Day. So raise a cheer, to Me if you feel so inclined (and thank you!), but raise a cheer to yourself, to your loved ones and to everything you care about.

Yeah, My Brethren, things here are tough, but Keep Calm and celebrate My Birthday, Yours, and Everyone else's, as well. But in all that celebratin', Let's not forget that things are tough, and that they won't get better by partying on and letting them continue to slide.

There isn't that much farther they can go, MEaning We've pretty much hit rock bottom.

Keep Calm. It's My Birthday!

And let's keep working on making My Next Birthday even better. 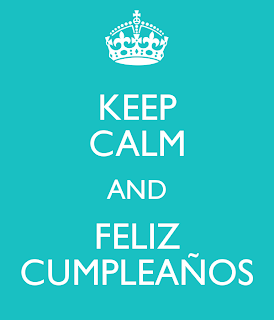 Posted by GCSchmidt at 8:17 AM

Here is to keeping calm and wishing you a Happy Birthday.

Feliz cumpleaños. The Force is with you.

Happy late birthday. I hope that you listened to some Andrew W.K., who you might know for some of his best hits: 'party hard', 'where's the party?', 'it's party time' and 'I love to party'. Next to writing strange advice columns, partying is his favorite activity. Probably.