What Our Indifference Hath Wrought

What were you doing Saturday? Do you remember? Maybe it was fun.

A few fillips from said piece:

* Our debt exploding to over $70 billion (it was under $28 billion in 2008).
* A downgrade of the bond-based debt to junk by Standard & Poor's and Moody's.
* Unemployment listed at 15.4%, which is as accurate as saying I'm 2'8" tall (I'm 5'10").
* Rapidly-rising cost of living, especially in terms of utilities.
* Lousy public schools.
* Rising crime.
* A pathetically-limited workforce. (The article doesn't note that the government accounts for almost 40% of all direct and indirect labor on the Island.)
* Increasing exodus, causing about a 14% population drop in the past decade.
* Increased taxes hitting small and medium-sized businesses hardest.
* A per capita income of $15,200, lower than it was in 2008 and less than half of Mississippi's.

Now if you read--or will read--My previous post, and the whore-mongered piece it is based on, you might see some of the same fillips in that """report""" as in the article. So why was I so negatively harsh on Meacham the Bicho and will be appropriately neutral on Times correspondent Lizette Alvarez?

Because Ms. Alvarez stuck to the facts while Carl El Pendejo Republicano is trying to stick it to Us.

Look, I won't argue the facts. My Island is ears-deep in a shithole and no amount of demagoguery is going to erase that reality. But being stuck in a horrible situation is a far cry from saying that those who seek to remove themselves from it will fuck up another country.

Carl's mom may be Chilean and he may speak fluent Spanish, but that doesn't give Carl Mama-Bicho any special insight to what We are in Puerto Rico, who We are as Puerto Ricans or what We are capable of as individuals or a people looking to make progress. He is entitled to his opinion, but when he acts to make that opinion some sort of policy prediction and hires a spineless troll to try to give it legitimacy, he is wrong, he is an asshole and he is worthy only of Our most blistering contempt. 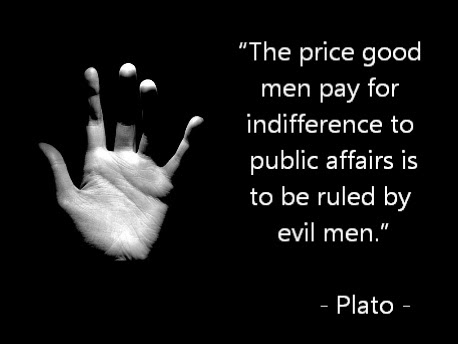 Beyond that, here's the bottom line: We are in this shithole because We let it happen. I repeat: We. Let. It. Happen. It's Our fault.

We let the Fools play Us and far too many of Us cheered them on. We let the Fools rob Us of Our present and future and cheered on the ones We saw as being "Our thieves" and voted against those We saw as "their thieves."

We bought the shit sandwich that government jobs were economic growth and that party politics mean more than economic and social progress. And We allowed a double-handful of blood-sucking parasites to multiply into a veritable army of insatiable leeches gnawing at every level of society.

We let it happen. Our bad.

But that doesn't mean that We are now in the business of being drug-addled criminals, Carlambetranca. As Ms. Alvarez noted in her article, much of Our recent exodus is from the middle-class and with professional occupations. People who take their kids and parents and are moving to the States with what little money they can recover from selling in a true buyer's market. Folks who want to build, to create, to forge a new life for themselves and the next generation. People who simply want the chance to do what they were trained, educated and prepared for.

Will as many as one million of My Brethren leave Puerto Rico, flooding into states beyond Florida, Texas, New York and New Jersey? It's possible. Not likely, but possible.

And will this influx be a crime wave smacking the U.S. of part of A. shores like a hurricane?

It will be an influx of people focused on making a better life because there's a chance, a decent chance, that things will get better in 10-12 years and coming back to the Island will then become a reasonable option. It happened before: the 1940s-1950s exodus of Puerto Ricans to the States is the example--the only example that matters. The situation is virtually the same, a mass of workers looking to create a stronger and brighter future for themselves. The vast majority of these folks aimed to work and most of them made their mark in a positive fashion. To ignore that historical tendency is to be willfully blind.

Then again, willfully blind is the default ocular stance of Republicans like Carl "Mamao" Meacham.

And sadly, of Us when it comes to making sure the Fools aren't raping what We have and need for a better future.

And yet we insist on running away from reality, which has this nasty habit of biting the ass of those who ignore her.