Hey! Let's play "Fill in The Jenius Blank"! The rules are simple: toss in the expletive you feel best completes My sentence! Be creative! Be filthy! Be hilarious! I am!

Today's topic: allowing four-tracks to run through the Guánica Dry Forest, the only semi-tropical dry forest in the __________ world! See? We're already playing! 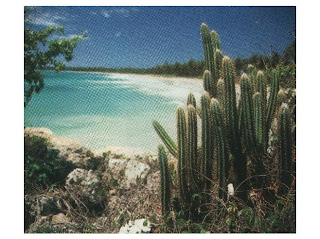 A walking piece of dog _____ pretending to be in charge of Our Natural Resources Department has granted permission to let "ecological vehicles" race through the Guánica Dry Forest--at $3 per person. Or __________ vehicle. And by "ecological vehicle" We're really talking about mother_____________ four-tracks.

I don't do double-speak. And I filled in a blank for you!

Ok, too hard and terrible, but I filled it in! That is me in my angered state! :D

My comment: And that is WHY this Island is NOT going to progress, with people like Shit Galán.

Ms. Conciencia, you get an A+! And I agree with every one of your choices. Well done!

Now if only We could kick these shitters off the pot, hard and with extreme physical damage...