Hey, apropos of the mock elections tomorrow, here's a bit of worthy news you can shove into your political piehole and smoke.

From the Economic Policy Journal comes this dreadful list of the 20 worst-funded State and Local Pension Plans in the U.S. of part of A.. We'll just focus on the Worst 10 at the State level:

Illinois, take a bow! You have three of the worst 10 state pension funds in the nation!

I tweeted the above list link to Ms. Cate Long, of MuniLand fame, and asked her where Puerto Rico's State Pension Fund would rank.

Why? Because Our State Pension Fund is--only 9% funded.

Makes Illinois look like Warren fucking Buffet when it comes to investing, huh? 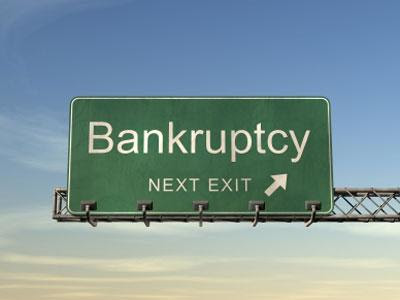 Now Ms. Long has been posting on her blog about Puerto Rico's debt overload and the numbers add up to impending doom. The fact that The Larva, Our current pathetic excuse for a (non)governor has increased that debt load to far beyond sustainable is a crime he should pay for in blood.

For it doesn't matter a cockroach's spindly rotted dick who We fraudulently pretend to elect tomorrow, the fact remains that We are headed for a fiscal disaster that will change Our puny little status quo in ways We can't even begin to imagine.

Our mutant economy--and by mutant I mean "genetic disaster," not "X-Men superpowered"--is bolstered by billions of federal dollars pumping life to welfare parasites (known in other parts of the world as "politicians") and a huge herd of lazy people who can't ever be bothered to scrape up even a tiny shred of self-respect, dignity and integrity. Less than 40% of Our working-age adults do so, and Our men--a term used loosely in many cases--practically lead the world in abject laziness.

So when it comes to somehow prospering Our way out of debt, We have syphilis-ravaged pigs raping Our future by increasing debt and undermining growth, a workforce that is neither and a status that says We are property at best to keep Us from making Our own self-interested decisions.

Where does that leave Us on the path to impending economic disaster?

Yeah, go out and vote for your syphilitic pigs now.

Mrs. Long is right. We are headed to a Greece-like default next year probably. But the press is not helping to warn people.

I think lemmings may have an idea of what they're doing as they jump off a cliff. We don't. Reminds me of a song by Muse, Knights of Cydonia. A verse goes: Don't waste your time or time will waste you.

I like the song lyric because it reveals a Truth We seldom pay attention to. Thanks!