Continuing the list of 14 Characteristics of Fascism, as applied to Puerto Rico. The definition followed by My Comments:

8) Religion and Government are Intertwined. Governments in fascist nations tend to use the most common religion in the nation as a tool to manipulate public opinion. Religious rhetoric and terminology is common from government leaders, even when the major tenets of the religion are diametrically opposed to the government's policies or actions.

CHECK. But the form it takes in Puerto Rico is that of religious and political leaders coming together to form coalitions. Think of Jorge Raschke's annual political rally in front of the Capitol Building or Archbishop Roberto González becoming a de facto advisor to government agencies. Religion and politics are two faces of the same hypocritical coin used to fleece the flock. 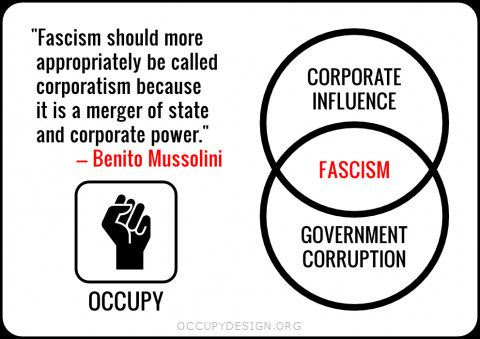 9) Corporate Power is Protected. The industrial and business aristocracy of a fascist nation often are the ones who put the government leaders into power, creating a mutually beneficial business/government relationship and power elite.

CHECK. CHECK! Business and industrial leaders here are in up to their hairlines with both major parties. In fact, it's considered "sound business strategy" to do so, and the slope from "contributor" to "crony" is just a matter of a few more dollars and mutual greed.

10) Labor Power is Suppressed. Because the organizing power of labor is the only real threat to a fascist government, labor unions are either eliminated entirely, or are severely suppressed.

CHECK. But again, with a variant: the leaders of major labor unions "jump ship" and form close ties with government and business leaders, thus enriching their own pockets by staying in power and weakening the overall labor movement. It isn't rare to see a union have a president/council made up of people who've been in power for a decade or more. Their lot improves visibly, while the colleague they represent wonder why their union dues are increasingly worthless.

11) Disdain for Intellectuals and the Arts. Fascist nations tend to promote and tolerate open hostility to higher education, and academia. Free expression in the arts is openly attacked, and governments often refuse to fund the arts.

CHECK. Although this one could be more cultural than political as My Brethren have long had an anti-intellectual streak, seeing "smarts" and "book learning"--usually related to mastery of English--as a denial of being Puerto Rican. (Yeah, I said it.) What We worship is "cunning", which sees arts and intellectual pursuits as worthless. Thus the decades-long fight about funding the Institute of Puerto Rican Culture (seen rightly as a hotbed of anti-government, patriotic pursuits), the decades-long use of Education as a political pigpen/slush fund and the disdain of government for the protection and respect due to higher education and its related endeavors (Ricky Rat and Supertube Scumbag being the latest in a long list of examples.)

12) Obsession with Crime and Punishment. Under fascist regimes, the police are given almost limitless power to enforce laws.

CHECK, but in a different way. The recent "revamped" Penal Code is the perfect example, as it increased penalties for a wide variety of crimes, but left punishment for "white collar" and "political" crimes pretty much where they were. Tack on the recent plebiscite to deny the right to bail (which rightly failed), the Justice department so riddled and stunted by political appointees that (A) cases and convictions have dropped despite a 21% increase in crime and (B) the whole police/Justice system is under investigation at the federal level, plus how much the "Fools in charge" fear Us and only then do you have a clearer picture of what kind of obsession the Fools have with crime and punishment: it is a tool to control Us to protect themselves. Let's not forget, either, how much the prison population vote gets courted here...

13) Rampant Cronyism and Corruption. Fascist regimes almost always are governed by groups of friends and associates who appoint each other to government positions and use governmental power and authority to protect their friends from accountability.

CHECK! CHECK! CHECK! OH SHIT! CHECK! The level of corruption and cronyism in Puerto Rico is so wide and deep, it isn't isolated, it's systemic. It's not skin cancer: it's AIDS. A Comptroller official two administrations ago estimated that corruption cost Us about 15% of Our roughly $9 billion budget: he was wrong. It's closer to 40% and may be even higher. The Larva's wife and several close friends are on the take. Senate president Mad Dog has his father and several close friends on the take. House president Gluttonny has her family and lesbian support group on the take. Go on down the line and the numbers grow, the cronyism spreads, the corruption rots wider and deeper. And oh yes, it involves the commonwealth party as well. We're deep into denial about this, making fun of it, but if We were truly pissed off about it (and not benefiting or wanting to benefit from it in some way), We would have Mussolinied these crapbags a long time ago.

14) Fraudulent Elections. Sometimes elections in fascist nations are a complete sham. Other times elections are manipulated by smear campaigns against or even assassination of opposition candidates, use of legislation to control voting numbers or political district boundaries, and manipulation of the media. Fascist nations also typically use their judiciaries to manipulate or control elections.

CHECK, barely. Our crapbags are not much into subtlety here, preferring the "O'Neill Method" of fake voters/fake votes to steal elections. And rather than turn the judiciary openly, We have the Electoral Commission, a quasi-judicial forum where the cheating can be coordinated and the trick is to get your cheating scheme in at the very last minute so the opposition can't trump it. 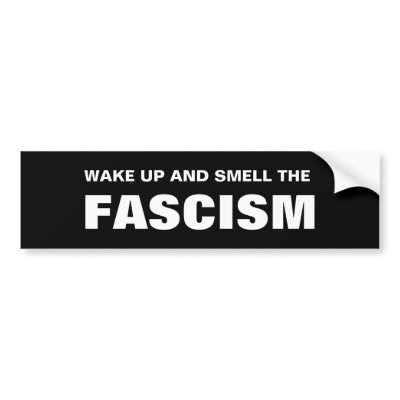 Just My opinion, but you tell Me, Brethren: Am I wrong? Is the number really much lower? And if it is higher, then when do We Mussolini these bastards?